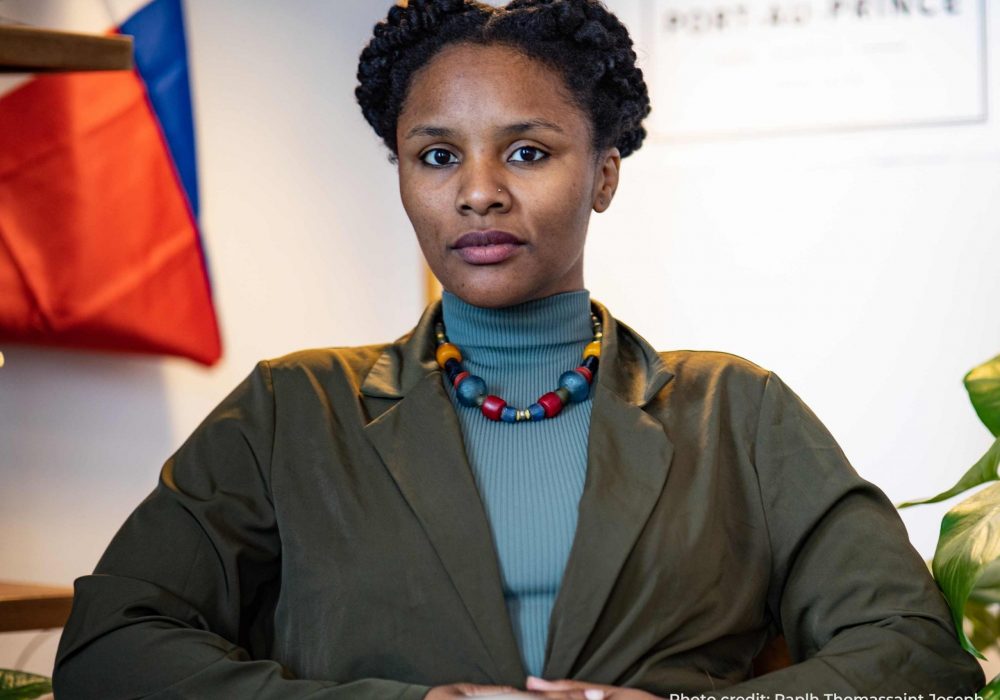 NEW YORK, NY. – Ayiti Demen’s board has selected acclaimed Haitian filmmaker Gessica Généus as the organization’s goodwill ambassador. In this role, Gessica will help communicate to people around the world the work Ayiti Demen is doing to improve lives in Haiti.

“Our work is more important than ever as the country is facing enormous problems. We need fresh voices carrying out new visions of the future,” says Michèle Pierre-Louis, Ayiti Demen’s board chairperson. “And Gessica is a shining example of what young Haitians can do to make things better. We are very proud that she joins our cause.”

“Using my platform to promote an organization like Ayiti Demen aligns with what I stand for,” says Gessica. “That means leveraging my social media presence to highlight some excellent and honest work happening in Haiti. And Ayiti Demen is a particularly worthwhile initiative to me, and I am very comfortable endorsing it.”

Gessica’s collaboration with Ayiti Demen is not a new one. After a devastating earthquake hit the southern part of Haiti last year, she held a screening event for her film, Freda, and donated 50% of the proceeds to the FOKAL Haiti Relief Fund, a fundraising effort led by the Foundation for Knowledge and Liberty (FOKAL) and Ayiti Demen.

“Gessica embodies the vision of Haitian youth we are promoting at Ayiti Demen. She is dynamic, competent, and committed,” says Yvens Rumbold, Ayiti Demen’s executive director. “An important part of Ayiti Demen’s mission is to help globally change the narrative about Haiti to something that values the courage and dignity of its people. Gessica has long championed that cause, especially through her latest film Freda which has received a lot of publicity worldwide.”

Gessica Généus is an award-winning actress and filmmaker. She began her career at 17 years old, starring in many film roles in Haitian and foreign productions. She later attended film school in Paris and founded Ayizan Productions, a film production company. Her feature films The Day Will Dawn (2017) and Freda (2021) continue to be shown around the world.

Founded in 2007 to support FOKAL’s work, Ayiti Demen is a registered 501(c)3 nonprofit organization in the State of New York. Its mission is to improve lives in Haiti by empowering local communities and supporting FOKAL’s partners such as grassroots organizations working in education, art & culture, and sustainable development in Haiti.

When we give, we give big